“We do our very best but sometimes it’s just not good enough. We buckle our seat belts, we wear a helmet, we stick to the lighted paths. We try to be safe.  We try so hard to protect ourselves but it doesn’t make a damn bit of difference cause when the bad things come, they come out of nowhere.  The bad things come suddenly with no warning but we forget, that sometimes that’s how the good things come too.”  Meredith Grey Season 9-Grey’s Anatomy

Just over one year ago, a classmate of mine died. It was so sudden. One day he was larger than life and the next day he was gone. This is what I wrote a year ago on his Facebook page.  I was inspired to look through old photos from high school. I found this gem from Homecoming 1991.

We lost one of our own, Eric Crabtree last week and our class is mourning the loss of a great person. He was one of those “boys” who did things right. He was a great student, athlete, and most importantly a good person. Although, like many classmates we lost touch but from Facebook it was obvious he became, as expected, an outstanding man. A Husband, Father, Dr., and a good Christian. Heaven is a better place. Class of ’92 will remember you fondly forever.  Our pain pales in comparison to his family’s. My heartfelt sympathies to his family.

One year later I still can’t believe he is gone. I still think about him and pray for his beautiful wife, two girls, and family who of course have an ache in their heart forever.  I pray the ache subsides some, and they find comfort in their love and memories.  I think the quote expresses one of the reasons his death affected me so deeply.  Eric was the type who seemed to always do the “right” thing.  He was the rule follower, the kid who wore his seat belt when other kids were riding in an open pick-up truck.  It was as if he was born an old soul.  He always seemed older than us.

I am so lucky I grew up in a small town and our class was close.  One of the blessings was our class coming together through social media to express love for Eric and each other.  We lost classmates before but it was before social media, so we weren’t as able to share with each other. 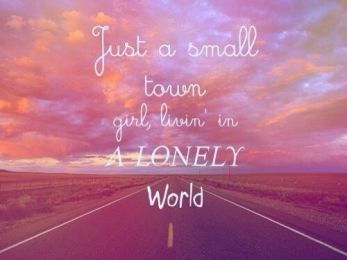 It came as no surprise to anyone who knew Eric in high school that he became a Dr., and served our country in the Air Force, became a committed family man, and an involved church member. A few months before he died I remember talking to my boyfriend, who works as a Hospital CEO about Eric.  I told him, it would be amazing if he could recruit Eric to be a Dr. in our town.  I told him if there was anyone who was a great Dr. it would be Eric Crabtree.

I had the honor of attending his funeral with several of our classmates and I learned he had authored a book, he loved animals, especially caring for rescue horses, was committed to preserving land and wildlife, and was highly involved in his church and mission work. Naturally he did all those things. One would expect that from him. That makes so much sense.  It was his dying that didn’t make sense.

His funeral was so touching and heartfelt. His brother spoke and gave such an amazing tribute of his brother. His brother, Josh, who looks like Eric, is a Dr. as well.  They are a family of high achievers.  He told about his brothers service in Iraq and how his witness to human suffering had affected him deeply. He felt his connection to rescue horses was he could connect to the pain they experienced.

Then his wife stood up in front of the church.  You could hear a pin drop.  I had only seen her in pictures.  It did not surprise me that Eric had married someone strong and beautiful.  Her tiny frame looks like she could blow away in a strong wind, but inside she must be a warrior.  I do not know if I have ever witnessed someone so brave.  She stood up and spoke straight from her heart.

She talked about how she met Eric, how their faith guided them, and how she wasn’t ready to no longer be his wife.  Then she told a story that touched me so much.  I love how some words and stories stick on your heart as if they were meant to be there.  It feels as if I was meant to hear it, and I believe I was.  It changed me and my guess is, I wasn’t the only one.  She told the story of how Eric had felt called to do more mission work but because of his work and family commitments he told her it would have to wait.  She said what a supportive spouse would say, and told him “don’t wait.”  If God is calling you to do something, you should do it. 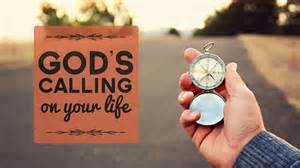 We will be here to support you. Eric had planned to leave the day after he passed away for a mission trip.  She told us she knows now he was being called home.  She believes with 100% of her heart, as do I, that he is home and in a place where there is no pain, tears, or sadness.  Thank God she has that faith.  His family too.  I don’t know how people cope if they don’t.  Her voice, although filled with emotion was strong and sure and I was in awe of what I witnessed.  Her words have stayed with me this past year.  She told us not to wait. If we have a dream- don’t wait.  She knows more than most people do how precious and short life can be.  One of the reasons I am writing again is because she told us- don’t wait.

I tell this story to honor a friend and classmate Eric, but also to remind you what he taught us through his wife, Bridget. Don’t wait.  Thank you so much for that gift.  I will be forever grateful. I hope it touches you as much as it touched me.

Are there things in your life you have been waiting for the right time for?